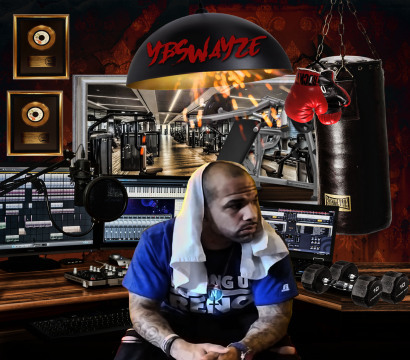 Born Marcus Whitley at Baystate Hospital in Springfield, Ma. He was raised in a city full of poverty & violence, Grew up with the nickname (Ghost) as he always moved in silence. Rapping & writing poetry since a young age, music was in his blood. He first started recording & performing the introduction music at boxing events for professional boxers Derrick & Darrin (Double Impact) Whitley. Two twin brothers that made a name for themselves in the sport. In 2003, he gave up searching for a record deal and decided to stay independent; creating Young Boss Entertainment.

In 2006, he & a couple of close friends started a DVD magazine called "Real Talk TV." Traveling all over the east coast interviewing artists, behind the scenes at concerts, music videos, their daily lives, and more. He gained a lot of exposure & a better understanding of the music world. July 7th, 2007 was supposed to be the release of "Walk With Me" his debut album but fate had other plans. He was in an accident early that morning on the way to meet with a local producer. Lucky to be alive he was told he might not be able to walk again, but with time, he overcame the odds with a lot of therapy & hard work.

In 2008, he released "Frontline Souljah" his first mixtape after the accident. In early 2009, he picked up charges which he would later be incarcerated for. While on bail, he released one last mixtape "The Ghostwriter Vol. 1" After serving 6 years in prison, he came home reinvented. Changed his artist name from Ghost to YBSwayze with a new mainstream yet gritty style. He wasted no time releasing "The Ghostwriter Vol. 2" within months of being released from prison; with his first smash hit "Free My N*ggaz." Also upon release enrolled in the "American Academy of Personal Training." He learned fitness, nutrition, workout routines & more. He created a brand called "Face Your FIT" challenging people to become the best versions of themselves. He released "The Ghostwriter Vol. 3 & 4" back to back with his singles "Lights Out" and "Trappin in a Rental" available on all streaming platforms.

Available in the Google Play Store

Update Required To play the media you will need to either update your browser to a recent version or update your Flash plugin.
Download Download
Back
You Tube
Back